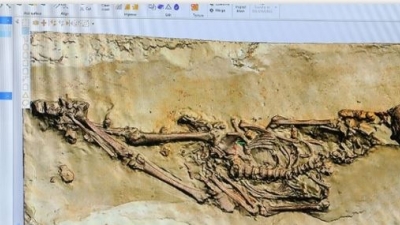 The two graves from the seventh century that were found last summer at an archaeological excavation on the Plesmanlaan in Leiden, gradually reveal their secrets. A 3D scan of one of the two skeletons found - now called Peter - is the starting point for further research. Where does he come from, what did he die from, and why was he lying in his grave like this?

For more information, see the website of the university of Leiden (in Dutch)